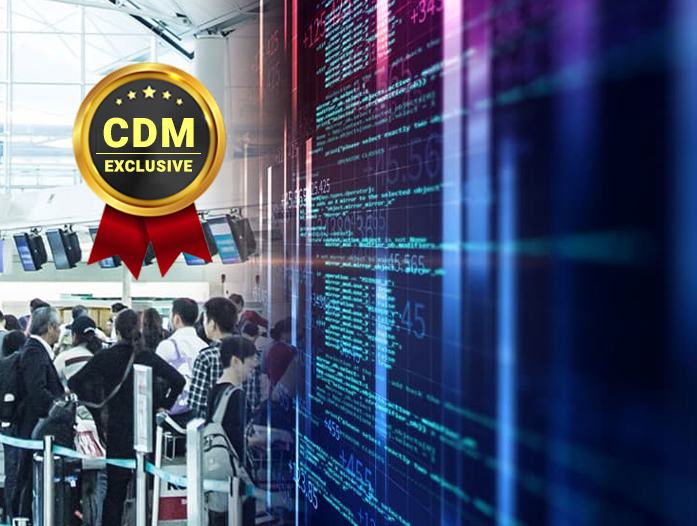 Like with most other areas of business, government, public safety/service, and society, the transportation system of the U.S. faces a wealth of challenges and threats. For clarity, the transportation sector encompasses “a category of companies that provide services to move people or goods, as well as transportation infrastructure…[consisting] of several industries including air freight and logistics, airlines, marine, road and rail, and transportation infrastructure” while being further broken “down into the sub-industries air freight and logistics, airlines, marine, railroads, trucking, airport services, highways and rail tracks, and marine ports and services”.

From natural disasters to supply chain issues, trucking and transportation allows the United States to function; without the ability to gain food, water, or other essential supplies, the society of a given county, state, region, or even potentially the nation could crumble and be unable to function.

The most glaring of these threats to the transportation industry comes from cyberspace, with foreign intelligence services, terrorist groups, and individual hackers being able to potentially, “[collect] private financial, personal and health information of their employees, as well as account numbers and other protected information of clients…[render Electronic Logging Devices] inoperable by a virus, ransomware or other hacking event [resulting in lost revenue and people being unable to get to their destination]”, hack into a company’s computer systems to cause a companywide failure resulting in delays, spoilt perishables, or a shutdown of all computer systems followed by a demand for money (a very real threat to any company). The failures of these systems would result in very serious problems for the transportation industry and, being that truckers are the backbone of the vast majority of businesses in the United States, the halting of their systems would be incredibly detrimental to the overall conduct of business in the country.

From a cybersecurity standpoint, there are naturally the basic suggestions of better training, more aware employees, and doing routine security checks are imperative, however, this is from a company standpoint. The U.S. Department of Transportation (DoT) can adequately help in these matters too, by providing better security systems for vehicles to prevent against vehicle hackings, holding joint private industry-business/government discussions on cyber threats and security, and better improving the communications systems of vehicles so they are not open to attack. The Department of Homeland Security too can and must provide training and advice to the private sector in that transportation not only includes land, but also sea and air travel, which, if corrupted, would severely incapacitate Americans ability to travel and the import and export of essential goods and services.

Cyber is not the only large challenge to the transportation industry either. It is well-documented that the physical standing of America’s infrastructure is not the most secured or well-developed, with the American Society of Civil Engineers estimating that, “the US needs to spend some $4.5 trillion by 2025 to improve the state of the country’s roads, bridges, dams, airports, schools, and more,” while emphasizing that congestion at airports and sea ports is a serious problem and results in delays and transportation problems, that roughly 32.6 percent of bridges being over fifty years old and in need of repair, that many of the railway projects in the U.S. are, “backlogged [by] 111 years”, that 46 percent of both urban and rural roads, “are in poor condition”, that public transit is severely underfunded and in need of billions of dollars, and finally that many ships navigating the inland waterways have trouble doing so due to dams and locks becoming old and rusted.

Clearly, there was a need for a massive funding of public works and infrastructure projects which would absolutely help the land, sea, and air transportation systems grow and become larger than they once were. This was answered in the aftermath of the 2020 U.S. presidential election in which Biden worked to get passed in Congress a bipartisan infrastructure bill which has the overall goal of “[rebuilding] America’s roads, bridges and rails, expand access to clean drinking water, ensure every American has access to high-speed internet, tackle the climate crisis, advance environmental justice, and invest in communities that have too often been left behind…[in addition to easing] inflationary pressures and strengthen supply chains by making long overdue improvements for our nation’s ports, airports, rail, and roads”. According to CNBC News, once the $1 trillion bill was passed in November of 2021, the law provides “$110 billion into roads, bridges and other major projects. It will invest $66 billion in freight and passenger rail, including potential upgrades to Amtrak [and directs] $39 billion into public transit systems”.

However, there are still many issues with this bipartisan bill. One is that a great majority of Americans still live in rural, more country areas which makes gaining necessary supplies difficult and burdensome in addition to gaining access to strong broadband capabilities. A complete overhaul of the transportation sector, ensuring it is protected physically and cyberspatially, is highly important to ensuring Americans have access to essential supplies as well as ensuring that all Americans will be able to have access to their goods and transport their goods abroad in a timely fashion, all should be challenges the next presidential administration (and the one after) should seriously focus on.

In regards to the national highway system, I would disagree that it is the most resilient and robust CIKR. A 2017 article from Forbes details how places like Chicago and San Francisco, locations with high urban density and traffic, are at a higher risk and are more susceptible to poor and crumbling infrastructure. It is very apparent that the national highway system of the U.S. is in dire need of additional assistance (going beyond the bipartisan bill, a variety of other solutions that would benefit the environment and the economy overall) and I would hesitate to call the roads and highways of the United States a robust or resilient system. While this may have been true throughout the mid to late 20th century, in the past twenty years, upkeep of America’s roadways has severely declined.

Nonetheless this is changing rapidly. Just recently, in March of 2022, the Biden administration and the DoT’s “Federal Transit Administration… awarded $409.3 million in grants to 70 projects in 39 states to modernize and electrify America’s buses, make bus systems and routes more reliable, and improve their safety”. These grants and economic supplements “support modernizing and improving the most widespread form of transit in America and will help dozens of communities buy new-technology and electric buses, such as electric buses, that reduce or eliminate greenhouse gas emissions, promote cleaner air, and help address the climate crisis” this being in addition to the millions already received in the bill. Biden also has advanced the Trucking Action Plan which aims to “[build] supply chain resilience through better quality trucking jobs…[and increase] federal funding to expedite issuance of commercial driver’s licenses, expanded outreach efforts to veterans through the Department of Veterans Affairs, and established a joint initiative between the Departments of Labor and Transportation to expand recruitment and advocate for employees”.

The Biden administration is working hard on these issues, yet it still seems to neglect the cyberspace aspect of programs, focusing largely on economic measures and efficiency rather than defending against cyberattacks and network intrusion, with the closest item being supply chain resilience. A stronger emphasis on improving the transportation system’s cyber responses is a necessity given how at risk the sector is to problems. Alan Cunningham is a Journalist with multiple national security and human rights organizations including Truth Be Told, ReaperFeed, and the foreign policy think tank Quo Vademus. He has been published in various other publications including The Diplomat, Modern Diplomacy, Security Magazine, the National Institute of Military Justice, The Crime Report of the John Jay College of Criminal Justice, and the Jurist of the University of Pittsburgh School of Law. He is a graduate of Norwich University and the University of Texas at Austin and hopes to gain a PhD in History from the University of Birmingham and a JD from St. Mary’s School of Law. He is a sexual assault advocate and volunteers his time to Combat Sexual Assault. He can be reached on Twitter at @CadetCunningham.