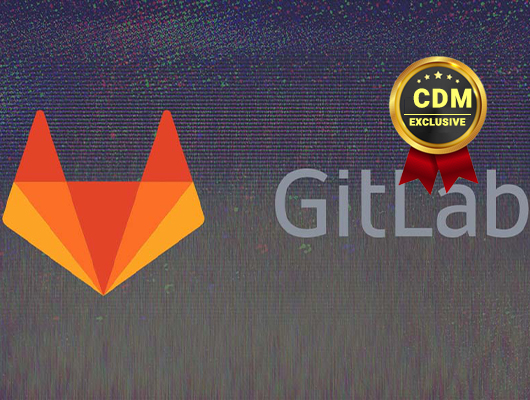 Cybersecurity researchers warn of a now-patched critical remote code execution (RCE) vulnerability, tracked as CVE-2021-22205, in GitLab’s web interface that has been actively exploited in the wild.

“An issue has been discovered in GitLab CE/EE affecting all versions starting from 11.9. GitLab was not properly validating image files that is passed to a file parser which resulted in a remote command execution. This is a critical severity issue (AV:N/AC:L/PR:L/UI:N/S:C/C:H/I:H/A:H, 9.9). It is now mitigated in the latest release and is assigned CVE-2021-22205.” reads the advisory published by GitLab.

The vulnerability was reported by the expert vakzz through the bug bounty program of the company operated through the HackerOne platform.

The vulnerability was actively exploited in the wild, researchers from HN Security described an attack one of its customers. Threat actors created two user accounts with admin privileges on a publicly-accessible GitLab server belonging to this organization. The attackers exploited the flaw to upload a malicious payload that leads to remote execution of arbitrary commands.

“Meanwhile, we noticed that a recently released exploit for CVE-2021-22205 abuses the upload functionality in order to remotely execute arbitrary OS commands. The vulnerability resides in ExifTool, an open source tool used to remove metadata from images, which fails in parsing certain metadata embedded in the uploaded image, resulting in code execution as described here.” reads the analysis published by HN Security.

The flaw was initially rated with a CVSS score of 9.9, but the score was later changed to 10.0 because the issue could be triggered by an unauthenticated attackers.

Researchers from Rapid7 reported that of the 60,000 internet-facing GitLab installations:

GitLab users are recommended to update their installs immediately.

“GitLab users should upgrade to the latest version of GitLab as soon as possible. In addition, ideally, GitLab should not be an internet facing service. If you need to access your GitLab from the internet, consider placing it behind a VPN.” reads the advisory published by Rapid7.