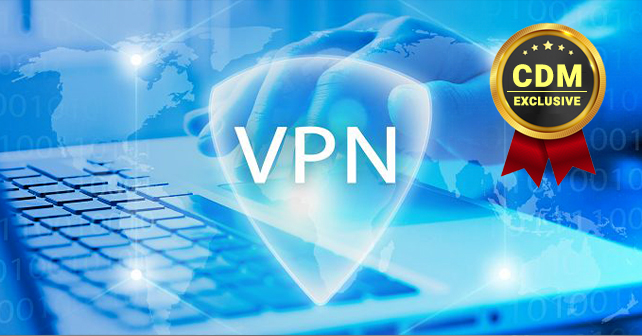 Many persons and organizations would try to find ways to protect their internet connections as well as confidential contents using a diverse set of tools. One of the well-known methods to assure your IT infrastructure is using the Virtual Private Networks of VPNs. These sorts of defense would include the hiding of your private IP address and showing only the public IP address that would be different from the private one. In other words, it’s about the simple trick to avoid to get stalked in the cyberspace. So many organizations belonging to the both – public and private sector – would recognize the advantages of this technology and they would greatly use it.
So recently, we would do the small testing trying to figure out how many people worldwide use the VPN. For such a purpose, we would apply the Shodan IoT crawler and we would find more than a million IP addresses that would get correlated with the VPN keyword. It’s feasible that there are even more end users worldwide that would take advantage of this cryptographic solution. In other words, the VPN would encrypt your web traffic in some manner and the people trying to access your device from the outside could have certain difficulties to do so. Indeed, the VPN is a good way of protection and so many researchers over the globe would recommend it to get applied by the IT security professionals.
On the other hand, that sort of cryptographic assurance is so popular amongst organized crime and terrorist groups. They would probably believe that they can do the good camouflage applying such a system. Also, they would so commonly use the alternative ways of security such as Tor browser in order to remain anonymous and safe. Right here, we would stay with the VPN solutions, because those technologies could get so popular in case of the bad guys. Indeed, the majority of those individuals would believe that they would get invisible from the outside once they set up their computers to deal with the VPN gadgets or download some of that software from the internet. The question here would be if they are safe for real using the VPN technology. The answer to this question would get provided further through this effort. At this stage, it’s good to know that the VPN system as any other has some pros and cons and it would not offer absolute security to anyone.
So, we would try to discuss if we are really safe when we use the VPN solution. So many criminals and terrorists would hide behind this technology and they may believe that they got some chance to trick their opponents. Indeed, would that be the case for real? The answer to this question is quite straightforward. In so many cases, the VPN gadget could serve as a good method of prevention from getting discovered on the web. Also, some people would consider that such protection got good enough to prevent any sort of cyber attack. In other words, the VPN in combination with the good encryption of data could get the perfect way to avoid to get targeted. On the other hand, we would do simple research on the internet trying to realize if there is any possibility to discover the real IP address of anyone using the VPN protection. The results of our

investigation got so shocking Namely, there are the considerable bunches of online tools that can support you in discovering if anyone is applying the VPN gadgets. In addition, we would know that the defense community would deal with so many professional tools and if anyone tries to use the VPN technology for illegal purposes, he would so easily get proceeded. It’s important to know that anything you are doing online would leave the trace and the skillful forensics investigation would sooner or later prove what it has happened in the practice. In other words, if the bad guys make a decision to hide behind the VPN or any other solutions – they should know that the Law Enforcement agencies would catch them quickly.
So, the VPN is a handy option for protecting your asset from the hackers and in so many cases, the good guys would apply this technology in order to encrypt their web traffic and hide their IP addresses being correlated with their physical devices. Also, if you choose to deal with the VPN – you should know that there are so many pluses of that advancement. The ordinary hacker would usually get some difficulties to discover anything about you, while the professional cyber criminal dealing with the wide spectrum of the hacking tools would see that task as a piece of the cake. As we already said, there is plenty of VPN tracking and checking tools being available on the internet and sometimes it’s so hard to prevent any cyber incident. In addition, the bad guys would not be anyhow smart if they believe that the VPN gadget can resolve all their concerns. The fact is the VPN is the quite average method of protection and we would not recommend so for any serious applications. Further, this is the good news for the defense and intelligence community because those folks should know that the VPN is not an obstacle in combating the organized crime and terrorism. Apparently, the good guys should constantly and continuously get updated with the new and new education and training sessions in order to remain ready for any actions on. We believe that such an approach could offer us much safer cyberspace
In conclusion, it may appear that the VPN is possibly the good method to prevent your devices being the part of a global network, but you should always keep in mind that the defense agencies got the capacities to handle any situation on. If anyone would try to protect his privacy applying the VPN gadgets, that would not be the problem. On the other hand, if we talk about the malicious actors trying to hide any illegal activities or even crimes behind the VPN technology – they should know they would be only the routine task to the Police Forces.

Since Milica Djekic graduated at the Department of Control Engineering at University of Belgrade, Serbia, she’s been an engineer with a passion for cryptography, cybersecurity, and wireless systems. Milica is a researcher from Subotica, Serbia. She also serves as a Reviewer at the Journal of Computer Sciences and Applications and. She writes for American and Asia-Pacific security magazines. She is a volunteer with the American corner of Subotica as well as a lecturer with the local engineering society.