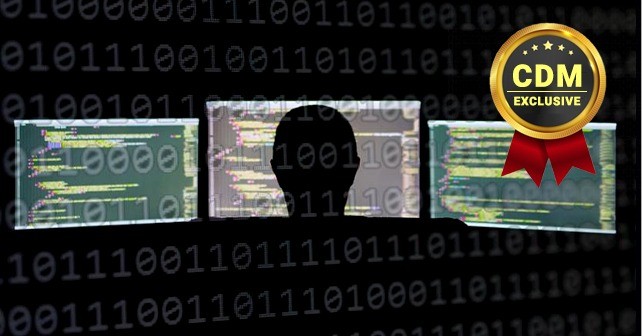 The ways of responding to a terrorist encryption

The encryption may get a crucially significant point in some communication or information
exchange activities. It’s not only important to a Defense Force as it may get from significance to some terrorist organizations using cryptography to plan and prepare their attacks. Some terrorist groups may use software tools to protect their sensitive data, while many would rely on hardware solutions which would offer them a somehow better level of protection. As it’s known, many software solutions may get hacked, but is that the case with the encryption hardware?

Through this effort, we would want to analyze how to apply a skillfully prepared state-sponsored attack – that could make it possible to damage some hardware remotely taking advantage of its physical imperfections.

Why terrorist groups use the encryption
Many terrorist groups would use cryptography to protect their sensitive information or
communication channels from being breached from the outside. Sometimes encryption software would be enough to protect a certain amount of data, but – would it get resistive to skillfully organize hacker’s attacks? Our answer to this question is – no. Once the intelligence community discovers some of the machines using the cryptographic tools, it would become feasible to disable such a computer with its entire network.

Also, the current software cryptography would offer many weaknesses such as the encryption keys that should get delivered through the special channels. We know that terrorists may use emails, web or even mobile devices to obtain such a confidential information transfer. The intelligence community got its methods to discover the terrorist organizations and their members, while the state-sponsored hackers got plenty of skills and expertise to attack their information-sharing systems.

A bit better situation is with the hardware-based encryption solutions. These solutions may
appear as the smaller boxes or even computer sticks which would do data encryption and its transmission. It appears much harder to affect such a solution, but the question is – would that be possible?

The experience would suggest that it’s not easy at all to break into that cryptographic system, but we would want to suggest that it’s not necessary to deal with that protection from the inside or, in other words, send your intelligence agent to a highly risky task – it’s simply sufficient to get well-trained staffs with the appropriate technology operating from the outside.

The challenges of hardware encryption
The hardware cryptography would, as we said, include some physical devices is based on digital technology. Those devices may cover up printed boards or any other micro-packaging technologies. So commonly, in case of skillfully prepared hacker’s attacks – it’s possible to see the external devices being connected to that computer or its network.

Many times the hackers would try to disable those gadgets, but – is that the case with the encryption equipment which may get some sort of the access control. In a practice, the hardware-based encryption would include some interface software being capable to communicate with the cryptographic hardware. It sounds like a challenge.

Well, basically – it is. Before we explain how complex it could be to threaten the well-protected encryption hardware from the outside, we would want to make a brief overview of how digital technologies work in reality.

The majority of digital systems would use the logic gates and some electronic components
being applied for their operations. Those logic elements would include transistors, diodes,
resistors, capacitors, integrated circuits (ICs) and so on. So, all of them would be real
components being made from the real materials with their physical performances. We would not go deeply into the analysis, but let’s say those elements – even being used for the terrorist printed boards – would get their physical limitations.

For instance, they would get considered as a low-voltage circuit and in such a case – the
binary 0 would include a range between 0 and 2 V, while the binary 1 would deal with the
spectrum from 3 to 5 V. So, it’s clear that if we try to apply some electrical network’s voltage being between 220 and 230 V in Europe or 110 V in the US – we would definitely cause such equipment damage.

Let’s say that computers and their supporting equipment would use the power from the standard electrical networks as well as many voltage converters offering them to work within the supposed range.

Finally, we would give some illustration explaining how diodes work and suggesting that it’s
quite simple to burn them using the amplified voltage.

The physical disadvantages of hardware solutions
So, we would see above that hardware solutions would deal with some physical limitations
causing them to be so sensitive to the higher voltage. That’s practically the point for a reason that even if terrorist groups deal with the hardware-based encryption or not – it’s possible once they got located to burn their equipment using the amplified signal.

For instance, if the circuit’s diode suffers it’s a current breakthrough or – in other words, if it gets burned to apply the heat which would be the consequence of Joule’s law – it would work as a short circuit to the entire solution and produce its destruction.

The concluding remarks
The aim of this review got to provide a closer insight to the challenges of hardware-based
encryption especially being used for terrorist purposes. It appears that our world could be
a much securer place to live and work in – once we decide to rely on our scientific findings.
That’s the reason more to combat terrorism and bring progress to the entire Human Kind.

Since Milica Djekic graduated at the Department of Control Engineering at the University of Belgrade, Serbia, she’s been an engineer with a passion for cryptography, cybersecurity, and wireless systems. Milica is a researcher from Subotica, Serbia. She also serves as a Reviewer at the Journal of Computer Sciences and Applications and. She writes for American and Asia-Pacific security magazines. She is a
volunteer with the American corner of Subotica as well as a lecturer with the local engineering
society.

Responding To the Ransomware Pandemic Malware Evasion Techniques Defeat Ransomware with Immutable Backup Data and Encryption Cyber Resiliency Will Become the New Normal In 2021 Combating the Rise of Ransomware SOCs to Turn to Security Automation to Cope with Growing Threats Directed Analytics – The Future of Data Management Four Ways Smart Cities Can Stay Safe in An Interconnected World The Safest Ways for Bitcoin Trading
October 31, 2019