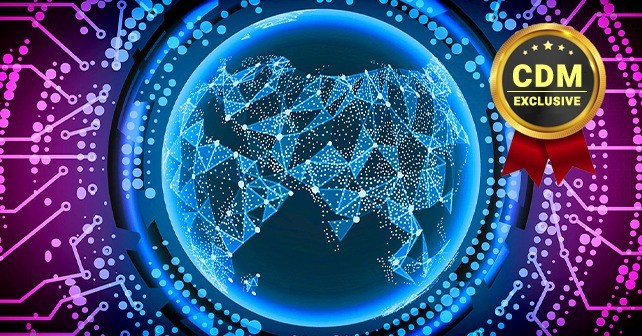 The packet analysis as a helpful way of network monitoring

The internet packets are the sets of information being created and transmitted to carry on a message through the network’s communications. These packets may consist of many bytes and they would also get some details regarding the source and destination data as well as much more useful information describing the packet.

One of the most convenient tools being used to a packet analysis today is a Wireshark offering many good functions and capabilities. This tool could get used for hacking as well as defense purposes. It takes only a few days of training to learn how to take advantage of that application.

Through this article, we intend to discuss how such software could get used as well as provide a bit closer look at a smart packet analysis.

In order to get an appropriate insight into a situation within the network’s communications – it’s so important to deal with both – software and hardware.

Dealing with the hardware is from crucial importance because that part of the operation would define which segments of the packets could get captured and transmitted to an
analysis.

Sometimes the beginners may deal with the equipment so unskillfully and instead of capturing someone’s network’s traffic; they would simply capture their own network’s communications.

The Figure on the right would suggest how the packets would travel through the network and use some of the storage devices on that way to stay there for a while.

The parts of the network receiving and sending the packets are called the routers and so
commonly they would use the switches to make such a transmission more efficient.

As we said – the most frequent software being used to packet analysis is a Wireshark.
That tool is so simple to get applied and it may offer many advantages once you make a
the decision to configure your network dealing with the internet traffic and sniffers being equipped with the software and physical gadgets.

The Figure on the left would demonstrate how Wireshark capturing option appears.
We would strongly encourage everyone being interested to learn more about this tool to take advantage of many web resources offering an opportunity to learn and explore everything you want to know about this software.

As we already mentioned -Wireshark is quite convenient for ethical hacking purposes
and defense applications.

One more thing being used in network communication is a protocol. The protocol is a set of rules that computers use to communicate with each other.

The most typical protocols are TCP, UDP and IP. Dealing with the protocols is more like
dealing with standard human communication.

There would be some common rules – similarly as in the person – to – person communication.

For instance, a good analogy could be – Person 1: “Hi! How are you?”; Person 2: “Good,
thank you. Yourself?” and Person 1: “I am fine, thank you!” Practically, that’s how the protocols communicate with each other. It’s quite simple, convenient and clear!

Many of Wireshark’s experts would suggest you have a look at how the packets of the
information got transmitted.

For instance, if you notice that some of the packets within that environment would indicate that it has done a re-transmission, it would not-doubly suggest that there must be some error with the sending and receiving options.

On its way from a source to a destination – the packets may struggle to get delivered.
Sometimes the routers as the devices in a communication network could cause concern.

Please have a look at the Figure on our right and try to notice that the entire network would deal with the routers, users, links, and packets being sent and received.

If you choose the physically appropriate locations to put your sniffers there, you would so easily get in a position to read that internet traffic.

Finally, a described approach would seek some technology to get used as well as software in order to get your network traffic being monitored.

As we said – this method could be helpful for monitoring purposes, while the Wireshark would most commonly get used to hacker’s operations as one of the network penetration’s testing tools.

Anyway, all of those would include a defense purpose and require from such equipment to get applied smartly and effectively.

Using some tools to a packet analysis may get quite interesting business to get done, so we would strongly recommend to everyone to try to play with these tools and test their capacities.

Since Milica Djekic graduated at the Department of Control Engineering at the University of Belgrade, Serbia, she’s been an engineer with a passion for cryptography, cybersecurity, and wireless systems. Milica is a researcher from Subotica, Serbia. She also serves as a Reviewer at the Journal of Computer Sciences and Applications and. She writes for American and Asia-Pacific security magazines. She is a volunteer with the American corner of Subotica as well as a lecturer with the local engineering society.