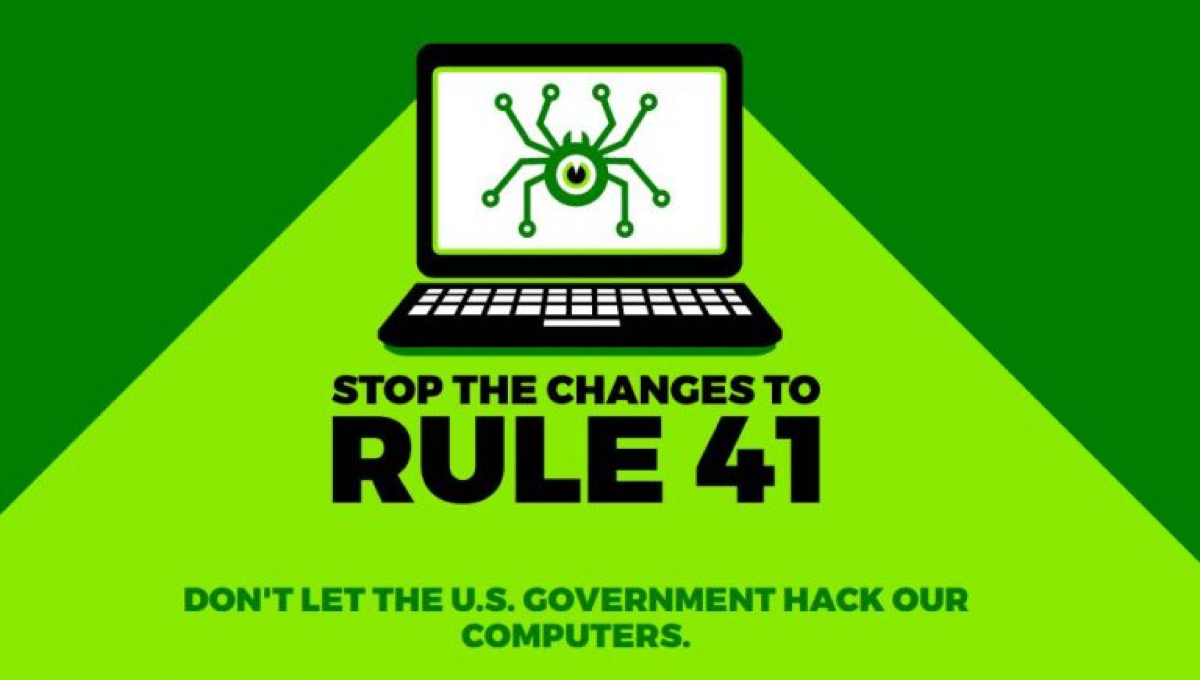 A coalition of tech groups asked the Congress to roll back changes to Rule 41 that allowed law enforcement to do mass hacking.

In April, the US Supreme Court has approved amendments to Rule 41 that allows judges issue search warrants for hack into computers located worldwide.

Under the original Rule 41, a judge can only authorize the FBI to hack into computers in the same jurisdiction.

The rule change was approved in April despite the opposition from civil liberties groups such as the American Civil Liberties Union and Access Now, it is curious that the U.S. Justice Department has described the modification as a minor change.

A U.S. Justice Department spokesman clarified that the change did not authorize any new authorities not already permitted by law.

U.S. Chief Justice John Roberts transmitted the rules to Congress that have the authority to decide to apply modifications or totally reject it until December 1st. If the Congress doesn’t express any judgment of the rules, they would take effect automatically.

Now a coalition of 50 tech trade groups, tech companies, and digital rights groups sent  a letter to Congress explaining the reason for their opposition to the changes to the original Rule 41.

“We write to oppose the proposed changes to Rule 41 of the Federal Rules of Criminal Procedure. As technology companies and public interest groups committed to a secure and privacy-protective Internet, we understand that the changes would threaten the civil liberties of everyday Internet users. ” reads the letter.

“The changes to Rule 41 give federal magistrate judges across the United States new authority to issue warrants for hacking and surveillance in cases where a computer’s location is unknown. This would invite law enforcement to seek warrants authorizing them to hack thousands of computers at once—which it is hard to imagine would not be in direct violation of the Fourth Amendment.”

Among the organizations that signed the letter, there were the Computer and Communications Industry Association, the Internet Association, the American Civil Liberties Union, the Electronic Frontier Foundation, Fight for the Future, PayPal, Google, and Evernote.

The coalition highlights that conduct of law enforcement could have serious consequences on the overall cyber security for any system exposed to the network.

“Increased government hacking will likely have unintended consequences that cause serious damage to computer security and negatively impact innocent users,” their letter said.

Due to the above consideration, the coalition requested the Congress to pass the Stop Mass Hacking Act to roll back the proposed changes to Rule 41.