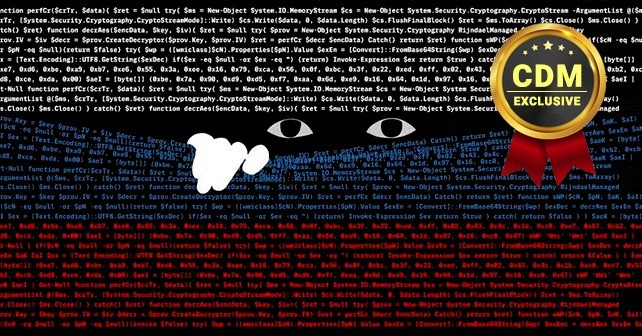 It’s the Industry Titans Against the Federal Deities

Veracrypt tracked the success route of Truecrypt with great agility. The rise of the latter at the encryption software industry skyline was as rapid as was its decline. A recent audit highlighted its architecture to be infested with critical loopholes that made the system vulnerable to external threats. A series of security fixes followed the internal audit that began in August 2016. Two months later, the developers came up with Veracrypt1.19 a more secure version of the previous format. It does include some issues that could not be resolved due to the intense complexity in their codes, yet can be handled by religiously adhering to the safe practices as outlined in the Veracrypt User Manual.

Empowerment of open source frameworks
How is it that a similar file-system level encryption (FLE) strategy failed earlier, while another encryption software tool developed from the same source code saw the daylight of success? Close observance of certain government strategies and their security policies might lend you some answers. Our focus here is on the commendable support handed out by the Open Source Technology Improvement Fund (OSTIF) towards the safekeeping and improvement of similar projects. Among the others that were patronized by the OSTIF are OpenSSL, OpenVPN, GnuPG, and OTR messaging. These platforms target to protect the privacy concerns of public users over secure internet, private networks, email servers, and public chat networks.

Rising above the federal dilemma
The global encryption software industry got wound in an unexpected turn of events in 2013 when global surveillance revelations began trickling from NSA’s debauched child Edward Snowden. The first world was already concerned about the data-in-transit and data-at-rest critical to their business and enterprise. With NSA’s intrusion, the technology development programs were instantly accelerated. The result is evident; North America now represents the largest market for data-at-rest encryption software solutions for both FLE and FDE (Full Disk Encryption).

The role of non-profit organizations in the upraise of the encryption software industry is under the microscope of the federal governments. The battle will intensify with the recent change in political demographics of the U.S. The encryption debate in the region so far has caused ripples that have been felt across the globe. Amidst the tug of war between product developers and the government agencies continues, compliance with the security breach notification law is a rather imperative criterion of selection.

Technology reinforcements from vendors
The developer and vendors in the global encryption software market know the best practice guidelines by heart and soul. They have a defined agenda to guard the interests of their consumers and consequentially their own business. The foremost in feature in this list is to steer clear of any provision for backdoors. Virtual drive creation and encryption, whether on a system or on the cloud, is another suggested approach. Some of the products out there also offer to overwrite the original files at the storage location once a deletion attempt is made post the creation of an encrypted copy. Even in the presence of more intricate algorithms, Advanced Encryption System (AES) remains the standard (and approved by the U.S. government) for regular users. The combination of public and private keys for the transfer and reception of secured file sand folders is another practice that is a benchmark for evaluating the robustness of an algorithm.

User awareness and responsibilities
However, the above-mentioned practices collectively comprise one side to the complete story. On behalf of the enterprises and consumers that employ these products at the end of the supply chain, there are far-reaching and minute considerations that need to be realized before making any purchases. A user is expected to compulsorily realize possible vulnerable nodes in their system. Next, distinct segregation of levels is required in which the encryption strategy will be employed. Safekeeping the guarding keys and passwords from being potential threat sources is an obvious requisite. Close monitoring of the employee-owned devices and encouraging them to use end-to-end for these is yet another precautionary move that strengthens their network security.

The global encryption software industry is motivated by these social, governing, and technical factors. Its impending growth and success lie in these best practices, which when adopted aptly by the manufacturers and end-users will overcome potential hindrances and achieve outstanding financial targets.

Anamika Kumari is a Level II Content Writer at the Allied Analytics LLP.
Anamika Kumari has pursued her Bachelor’s degree in Electrical Engineering and is certified in industrial automation. She is deeply fascinated by the impact of modern technology on human life and the earth at large. Being a voracious reader, passionate writer, and a critical observer of market dynamics, she has a strong taste for the hidden science behind all arts.
Anamika can be reached online at anamika.kumari@alliedanalytics.com and at our company website http://www.alliedmarketresearch.com