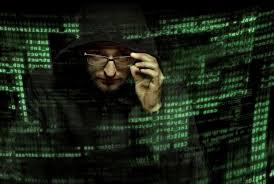 Another example of successful collaboration between law enforcement agencies and security firms in the fight against cybercrime, the case sees Ukrainian Police supported by security firm Group-IB and other security firms dismantling a DDoS crime gang that had been launching distributed denial-of-service (DDoS) attacks with extorsive intents against companies for over two years.

“The investigation department of Group-IB, an international company focused on cyber-attack prevention and data security products development, has helped to suppress the criminal activity of an organized group that had been involved in launching DDoS attacks and extortion for over two years.” reads the announcement published by Group-IB.

The investigation started in September 2015, after the group launched a DDoS attack on international online dating service AnastasiaDate demanding $10,000 for stopping the assault. The site of the company was taken down for hours.

“In particular, the victims of the Ukrainian fraudsters included Stafford Associated, an American company leasing data center and hosting facilities, and PayOnline online payment service. The average ransom amount demanded by the criminals ranged from $1,000 to $10,000.”

The cybersecurity experts at Group-IB identified the attackers and linked the group to another attack powered by two Ukrainian individuals, Gayk Grishkyan and Inna Yatsenko. According to the investigators the duo had also previously targeted American leasing company Stafford Associated and the PayOnline payment service.

“In March 2017, the hackers’ apartments and offices were searched, and their computers and mobile phones confiscated. The forensic analysis that the data stored on the confiscated devices constituted an irrefutable evidence of Yatsenko and Grishkyan’s involvement in the extortion cases of 2015 and 2016.” concluded the announcement.

Now a court pleaded guilty to the crimes the two members of the DDoS crime gang and sentenced them to a five-year conditional sentence.

“We are satisfied with the successful outcome of the prosecution and the blow we have struck against cybercrime in Ukraine. The collaboration with our security partners has guaranteed the integrity of our services and helped reinforce our defenses for the future.” said AnastasiaDate’s US-based director, Lewis Ferro.

“It has been of the utmost importance to our international partners. It is another example of AnastasiaDate’s trustworthiness and diligence when it comes to member security, tackling fraud, and preventing criminal activity.”

REvil Ransomware gang uses DDoS attacks and voice calls to make pressure on the victims PYSA ransomware gang is the most active group in November Are Encrypted Communication Apps used for Crime Operations? Europol arrested 106 fraudsters, members of a major crime ring Cyber Crime Is on The Rise and These Experts Have the Knowledge You Need Doenerium: When Stealing from Thieves Is Also a Crime REvil ransomware gang hacked Acer and is demanding a $50 million ransom Darkside gang lost control of their servers and funds
March 14, 2018