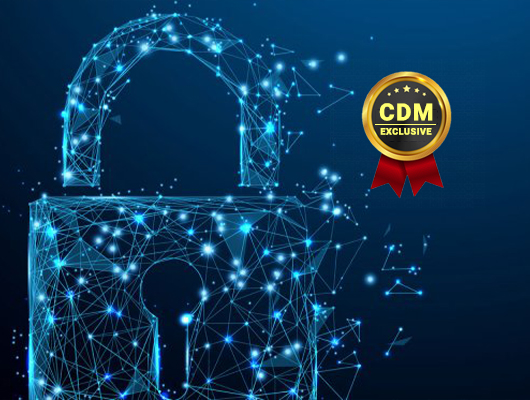 Let’s look back several centuries in the past and try to imagine what technologies the people of that time might have used in their lives. If we inspect some representative archeological sites, we would notice that the common people of the period might have applied the dishes and tools typical for their area as well as their period of history. Also, there would likely be other indications about their habits, activities, and routines, perhaps even in written form using some alphabet or characters.

From that point of view, it may appear that humankind has led a vigorous and exciting life throughout history even if they did not know anything about the electricity or cyber technologies we know today. Even life illuminated by candles is not necessarily a dull one, but rather full of events, thoughts, and emotions, as sometimes shared in someone’s diary or personal book. It would seem that folks who lived before us have left us the real treasure of valuable objects, witnessing and memories that would nowadays be widely used in historical movies and the other epic documentaries. Still, it’s widely believed that only today do we live at a fast pace and that’s the reason to see our predecessors as less active as we are in the present.

The fact is that life has been both active and hard at all times. It is well-known throughout the history of the entire world that life has been turbulent and full of migrations, wars, and conflicts. Sometimes it’s quite interesting to consider the weaponry of your fathers and figure out how skill-intensive their training must have been. Apparently, in comparison to today’s endeavors, the activities of the past could looked upon as funny and childlike, but there could have been entire engineering teams of yesterday that would be capable of designing a wide range of tools, buildings, and houses. As Charles Darwin would suggest the only thing that would separate us from the other primates is the mental evolution that would make us get the most superior species on the planet Earth.

On the other hand, if we observe these things from today’s perspective – we can realize that even now we are still in a phase of our development and there are a lot of questions in our surroundings that should get answered. The fact is every new answer would open up the new question and as we progress our Pandora Box would be bigger and bigger. Simply try to remember Arthur C. Clarke and his Space Odyssey giving such daring prognoses about what we can expect in the future. Maybe his brave predictions will turn out to be true in our own time, but if we try to deal with future millennium we would see that those times could bring us many more fascinating discoveries such as teleporting machine, time-traveling devices as well as the abilities to cruise at the speed of light.

With this perspective, try to compare your current tablet or Smartphone with those projections and figure out how the people of the future might see our rapid-pace lives and believe that we are living in such a progressive period of time. If we really get the capacity to create a time machine, everything we have today would seem as naive and child like as is now the case with our modern perspectives about our past. In other words, once we start conquering the Galaxy probably our third rock from the Sun would appear as one huge archeological site that would offer amazing cyber technologies as its cultural heritage. The imagination could lead us so far away and as we have the regions on our planet dealing with cultural and historical diversity – in few millennia ahead we could talk about our planets and satellites that would also offer us the world of the colorful nature. The human mind has limitless capabilities and it’s quite clear that nothing will remain static in the coming times, so that’s why we need to get prepared for the future.

What is cultural heritage?

If we talk about cultural property, we have in mind any object based on its historical and artistic value. Cultural heritage is an ongoing security topic and the big policing networks such as Interpol would fight against any crime against those priceless values. There would be entire organized crime groups trying to get possession of those objects and try to smuggle them all over the world. That’s quite a big challenge to the defense community, so those cases would usually be aubject to the applications of the emerging technologies that would provide us ways to better tacklethis kind of offense.  Unfortunately, current punishments to deter anyone from committing such a crime are so weak that many people decide to take this very small risk, in comparison to a large potential profit.

Even the objects from the World War II would have the high historical value and so many wealthy collectors would like to have them in their private collections. Such selfish collectors would expend time and money to obtain such a priceless piece of the history, leaving no chance for the rest of the society to enjoy those collections in their galleries, museums or exhibitions. In our opinion, that’s something that should be prevented by using an intelligent security strategy. So many people through the ages have taken part in building our history, and all human society deserves to have access to these historical artifacts.

Looting or inside theft – what is the difference?

The loss of valuable pieces of history from our communities tends to rely on two well-known methods: looting and inside theft. Looting is any violent or surreptitious way of stealing something, while insider threats are usually correlated with corruption and cybercrime.

In many  poor and developing regions, there appears to be a high level of corruption in almost every segment of their societies. The role of law enforcement is to recognize and consequently resolve those cases on behalf of the community. However, in many criminal justices the punishments for someone stealing cultural items may be only few years in prison, so the risk is minimal and the income from such activitiese can outweigh the risk of punishment.

From another perspective, the point is not only to punish someone for illegal trading, but also to issue a stern warning to everyone who might consider this kind of illegal activity.  Beyond that consequence,  if there is no one who would purchase stolen objects, there would be a better chance to reduce and even prevent those criminal scenarios from ever happening.

Could cybercrime drive those operations?

Beyond using looting or insider tactics, thieves could well rely on cyber attacks to conduct fraudulent purchases and delivery of culturally significant items.  However, once the theft is discovered, law enforcment entities would conduct the investigation by gathering as many clues as they can. Assuming those criminal activities are well-planned and intelligently coordinated, searching through cyberspace could bring some results. For instance, the typical scenario would suggest that many possible targets would be monitored from the outside before anyone decided to make any move on them.  In turn, that could be the critical basis for findings by the investigators.

Some Cases from Law Enforcement Practice

Generally, careers in Law Enforcement mean a lifelong learning process.  Modern times are flooded with stories the insider threats and cases where criminal actors get active in many cultural heritage institutions. Those criminals use a wide spectrum of tactics and strategies to obtain what they want to obtain.  All those operations tend to be coordinated from the outside using emerging technologies.

Basically, there are some recommendations and instructions how to handle such an investigation.  However, in the opinion of this author, we still need more updates of the best practices in preventing those crimes. The law enforcement officers doing such a task are well-trained and specialized to manage this risk, but there is still a huge need for the resources and studies on how to do perform this law enforcement function in a less time consuming manner.

Every new crime seems to demonstrate something new.  In many cases, it does not matter how much you know – you still need to start from the beginning and accept that there is strong need to learn about the unique aspects of the casea at hand. In our belief, the fundamental ways to assure the safety of cultural heritage include strict application of the provisions of the law and regulations.  In addition, it is important  to institute well-defined and highly tested physical security procedures and policies.  Again, the dual objectives are to punish those who break the law and to deter those who may be considering criminal actions.

Through the perspective of cultural heritage, we can see the meaning of life in historical eras and also better understand the world we live in today. These physical properties belong to all of us and not only to some privileged individuals who are ready to pay well forpersonal ownership of a piece of the past. So, as our tablet might become a priceless part of today’s history tomorrow, even someone’s everyday dishes could keep the secrets of a housewife of the past who used them to feed her family. For such a reason we should figure out how our entire past should be appreciated and secured in order to bring light and appreciation to future generations. 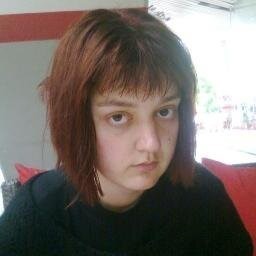 Milica D. Djekic is an Independent Researcher from Subotica, Republic of Serbia. She received her engineering background from the Faculty of Mechanical Engineering, University of Belgrade. She writes for some domestic and overseas presses and she is also the author of the book “The Internet of Things: Concept, Applications and Security” being published in 2017 with the Lambert Academic Publishing. Milica is also a speaker with the BrightTALK expert’s channel. She is the member of an ASIS International since 2017 and contributor to the Australian Cyber Security Magazine since 2018. Milica’s research efforts are recognized with Computer Emergency Response Team for the European Union (CERT-EU) and EASA European Centre for Cybersecurity in Aviation (ECCSA). Her fields of interests are cyber defense, technology and business. Milica is a person with disability.