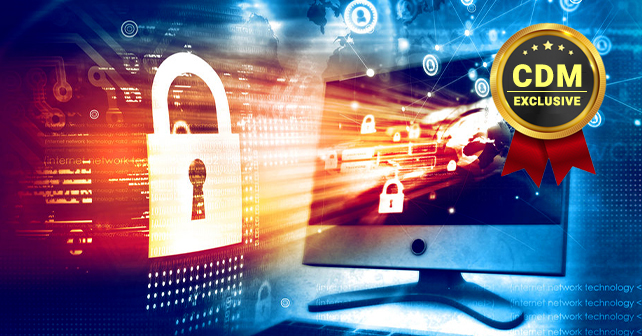 Could our web dependency cost us a lot?

What is in common to the DDoS and any ransomware attacks? We could confidently say it’s their ability to get used as the sabotage weapons. If we have in mind how time-consuming and expensive, say, ransomware or even DDoS could be, it’s quite obvious why we should get concerned if those tools get in hands of the bad guys. The greatest fear here could be if we focus on communications system being part of some web infrastructure. In many practical cases – when you vitally depend on the communications, you would realize how slowing down the web traffic or locking the systems or files could be threatening. The role of this article is to provide a short insight on how these powerful weapons could get applied in order to cause catastrophic impacts.

Through this effort, we would mainly talk about the terrorist-organized attacks and give some everyday examples of how cyber solutions could serve as a critical weapon. As it’s well known, the threats are getting more and more sophisticated and sometimes it may appear as quite challenging handling all those risks. So, let’s try to explain why it’s so concerning if anyone tries to threaten your systems being vitally dependable on communications. The good instance of such a system is the ground control station either being civilian or military. In so many cases, these facilities could suffer the well organized and synchronized cyber breaches that could get applied in order to run the DDoS or ransomware attacks.

For that reason, we would ask in our title if our web dependency could cost us greatly. The answer to this question could be quite embarrassing to many people. Just try to imagine how frustrating it could be if the terrorists would take control over some ground control station either being in some urban area or on the battlefield. Such an operation could get conducted so simply taking into account how vulnerable IT infrastructure could be.

The next step in this explanation would be to attempt to figure out what could occur if, let’s say, the aircraft is flying from Europe to the US and on its way to the final destination when the crew is getting ready for the landing – the pilot loses the contact with the ground control. Also, try to realize that the terrorists could choose a day with the heavy weather conditions like snow, ice, fog or thunderstorm are. Losing contact with the ground control while you are in the air trying to land could be the big shock to the pilot and his crew. In such a case, he should count on his experience and get prepared to handle such a situation.

The main risk is that the crew could lose control over the situation and the aircraft could crash on that urban area. The similar scenario could happen to the army ground and communications control stations.

In conclusion, we would make some recommendations about how such a situation could get overcome. For instance, it’s so important to check out the airport IT infrastructure from cyber breaches as well as raise some awareness within the civilians and army people how to behave in such a case if it even occurs. The pilots should receive some training how to deal if they lose contact with the ground and the ground control folks should learn how to cope with such a situation directing the aircraft to the safe place and promptly repairing the flaws within their IT systems.

A Frequent contributor to Cyber Defense Magazine, Milica Djekic is a talented cybersecurity expert. Since Milica Djekic graduated at the Department of Control Engineering at University of Belgrade, Serbia, she’s been an engineer with a passion for cryptography, cybersecurity, and wireless systems. Milica is a researcher from Subotica, Serbia. She also serves as a Reviewer at the Journal of Computer Sciences and Applications and. She writes for American and Asia-Pacific security magazines. She is a volunteer with the American corner of Subotica as well as a lecturer with the local engineering society.