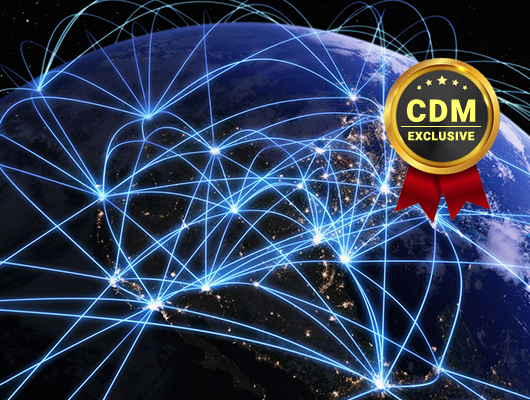 Compliance in A Connected World

In 2019, Microsoft made waves at its annual Black Hat conference in Las Vegas, where it confirmed its discovery of a malicious hacker group that was using common Internet of Things (IoT) devices to carry out widespread corporate attacks. The way in? Internet-connected devices including a VOIP phone, a Wi-Fi office printer, and a video decoder, with compromised devices across multiple customer locations. But these are just a few of the numerous examples of hackers exploiting the so-called ‘Internet of Things’ in recent years. Kirsty Fisher, CFO at Titania explains.

Many of these hacks could have had potentially serious consequences had they gone undetected. For example, in 2017, the Food and Drug Administration (FDA) issued a warning about implantable cardiac devices, which they’d found to be at risk of attack. Used to monitor and control heart function, including heart attacks, vulnerabilities meant hackers could control shocks, alter pacing, and deplete the battery.

Tech analyst company IDC predicts that in total there will be 41.6 billion connected IoT devices by 2025. With no central security standards or compliance frameworks underpinning the proliferation of IoT devices, individuals and businesses remain exposed for the near future.

But what makes the Internet of Things and the risks associated with connected devices different from the traditional internet? Largely, the human factor. The IoT doesn’t need people to work. It provides technology, media, and telecoms companies with the opportunity to create new products and applications, which rely on sensors collecting, reviewing, and acting on data. Popular with increasingly tech-savvy homeowners, who want the latest smart app-controlled lighting and heating system or interactive media device, the opportunity for suppliers to create new revenue streams is huge.

However, the challenge with this automation is that it creates a huge wealth of sensitive data, which is then being shared amongst more people. Even the FBI has put out warnings about the risks, highlighting to people that hackers can “use those innocent devices to do a ‘virtual ‘drive-by’ of your digital life.” Businesses are also being targeted through IoT devices as an entry point, with Microsoft and other tech giants highlighting attacks where access to secure networks has been gained via printers and VoIP systems amongst other connected devices.

As networks become increasingly complex and the growth of the Internet of Things shows no signs of slowing, the challenge of keeping businesses cyber secure and minimizing risk is greater than ever.

Spanning the public and private sector from smart cities and transport initiatives to healthcare and smart home/consumer applications, yet with no central standards in place, the onus is very much on those in the IoT ecosystem to work together to create as secure an environment as possible for the time being.

While there is some sector-led collaboration taking place, many organizations are looking to those in technology, media, and telecommunications to take the reins and lead the way. Like many large organizations, in the past, businesses in these sectors may have implemented different cyber risk strategies appropriate to a particular department, country, or product. With the increased threat from the IoT and new ways in which data is being used and connections to networks made, many are now revising cyber strategies to sit at a corporate, organization-wide level. They are also paying more attention to preventative strategies, trying to predict IoT cyber threats before they happen, minimizing attacks that do take place, and continuity planning for how they will restore services as soon as possible.

Despite the very real cybersecurity threat posed by the IoT and the complexity of the networks and parties involved, there is concern that too much control over data could stifle innovation. Many pioneers in the cybersecurity sector are suggesting the answer lies in the development of more secure devices and improvements in internet security to go alongside this.

Speaking on this issue, Philip Reitinger, President of the not for profit, Global Cyber Alliance neatly summarised the issue: “We must move from the Internet of Things to the ‘Secure Internet of Secure Things’. First, we must build (more) Secure Things – devices, software, and services with few vulnerabilities, that are securely configured and automatically updated. Of critical importance, cloud services must come with security embedded and not as an up-sell.

“Second, we need the Secure Internet – automated collective defense must be built into the network, so that the Internet ecosystem can react as the body does, recognizing infections and fighting them off. We must build Internet Immunity.”

Of course, while the industry calls for standards to be developed and the security of devices to be improved, businesses who want to use connected devices without compromising cybersecurity shouldn’t be alarmed. Like the approach some of the larger tech and telcos companies are taking, businesses of all sizes can put in place simple, organization-wide preventative measures to minimize risk to their businesses as well as solutions to help them identify and respond quickly to threats.

Rather than neglecting your core network and putting the focus just on to connected devices, you should seek to improve the security of your network holistically as a weakness in one part can of course impact the rest.  To minimize your attack surface and prevent adversarial intrusion by hardening your network, businesses should not underestimate the power of good cyber hygiene. A study by the Online Trust Alliance (OTA) estimated that 93% of cybersecurity incidents – large and small – could have been avoided if the business in question had basic cyber hygiene practices in place.

In short, cyber hygiene is the continuous cycle of carrying out routine checks on an organization’s network, endpoints, and applications to identify and fix any network vulnerabilities, protect against cyber threats and maintain online security. Best practice such as deleting old user accounts, firm-wide policies on access and passwords, back up of data, securing physical and cloud databases, checking routers and networks, might seem obvious, but keeping on top of the basics really is the key to cyber hygiene and minimizing the risks associated with security breaches.

Time for a change?

Many organizations let basic cyber hygiene practices slip through lack of time and resources, not due to the absence of expertise.  Indeed, over the last decade, many new risk management frameworks have been introduced to combat this; for example, in 2014 in the US, the Federal Government introduced its best practice DHS CDM, or ‘Continuous Diagnostics & Mitigation’ program.

To comply with this framework, agencies are expected to audit their entire enterprise every three days. In practical terms, if you had 500 devices connected to your network, you’d be carrying out nearly 61,000 audits every year. For a bigger organization with 25,000 devices, that’d be over 3 million vulnerability audits every year. Even if you’re not aiming for CDM levels of network security, with the number of core network devices increasing across organizations, it’s not a problem that can be fixed by simply solving the shortage of skilled cyber security professionals in the industry.

Then add to this the need for resources dedicated resources to analyze the threat intelligence needed for effective threat detection and response – and the scale of the cybersecurity challenge is laid bare.

So, what’s the answer?

Early threat detection and response is clearly part of the answer to protecting increasingly connected networks, because without threat, the risk, even to a vulnerable network, is low. However, ensuring the network is not vulnerable to adversaries in the first place is the assurance that many SOCs are striving for. Indeed, one cannot achieve the highest level of security without the other.

Even with increased capacity in your SOC to review cybersecurity practices and carry out regular audits, the amount of information garnered and its accuracy is still at risk of being far too overwhelming for most teams to cope with.

For many organizations, the answers lie inaccurate audit automation and the powerful analysis of aggregated diagnostics data. This enables frequent enterprise-wide auditing to be carried out without the need for skilled network assessors to be undertaking repetitive, time-consuming tasks that are prone to error. Instead, accurate detection and diagnostics data can be analyzed via a SIEM or SOAR dashboard, which allows assessors to group, classify and prioritize vulnerabilities for fixes which can be implemented by a skilled professional, or automatically via a playbook.

The right automation platforms ultimately provide the capability to check more devices across more networks more frequently, which is essential in combatting the risks that IoT brings. If you’re investing in making your network more sophisticated by adding the latest connected devices, it is only wise to make sure that they are secure and also, through regular checks and good cyber hygiene, your core network is as secure as it possibly can be and not exposed to preventable attack. 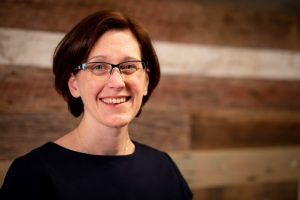 With a strong track record in establishing efficient and effective business operations, Chartered Accountant Kirsty Fisher joined Titania as Chief Financial Officer in 2018. In the short time, she has been a part of the business, Kirsty has implemented robust management controls across all departments, using her independent financial judgment to lead Titania and the entire team through significant Organisational Transformation.